Only in its 3rd edition, the Italian Contemporary Film Festival (ICFF) has fast become one of the hottest cultural attractions around. This exciting celebration of Italian cinema will take place between June 12th - 20th with screenings scheduled at selected theatres in Toronto, Vaughan, Hamilton, Montreal and Quebec City. Other than feature films and majestic parties at Toronto’s Casa Loma and Ritz Carlton, other ICFF highlights will include guest appearances by director Giuseppe Tornatore (Cinema Paradiso) and actor/directors Carlo Verdone and Enrico Brignano. In partnership with TIFF, the festival program is designed to foster relations and strengthen consciousness within the Italian community. It also aims to educate moviegoers on historical and cultural matters as well as encourage and support independent filmmakers who wish to explore issues related to Italian heritage. Viva il cinema Italiano!

For listings and purchase of tickets visit www.icff.ca 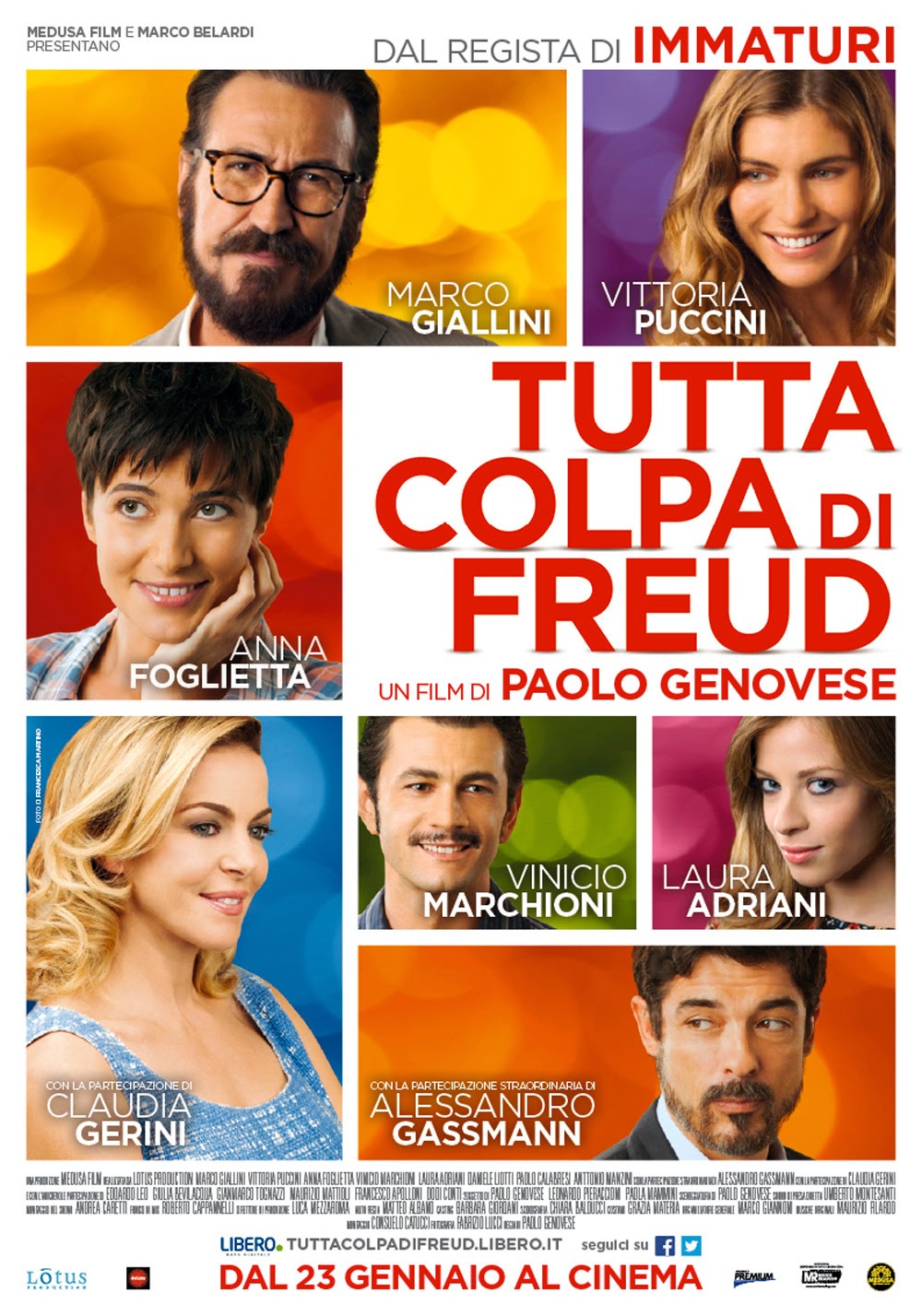 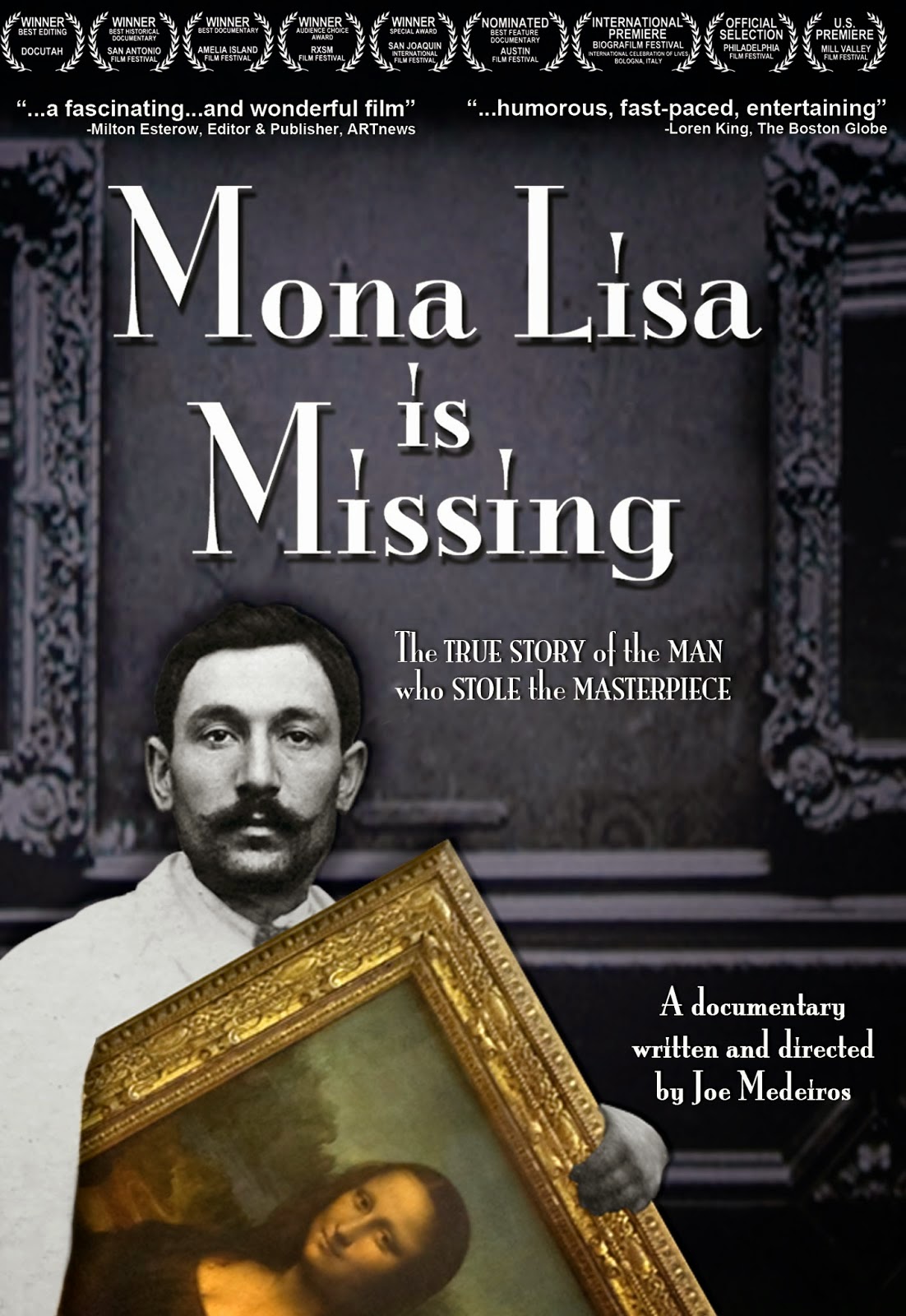 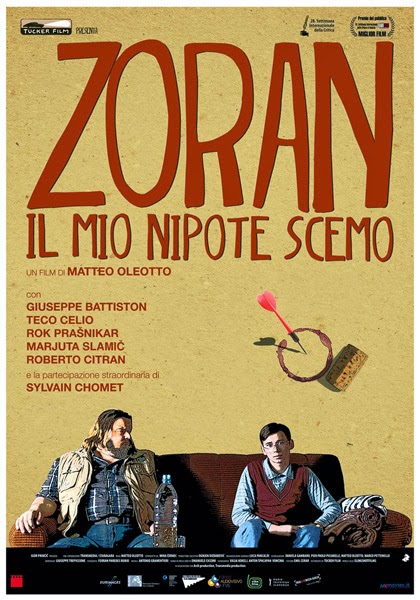 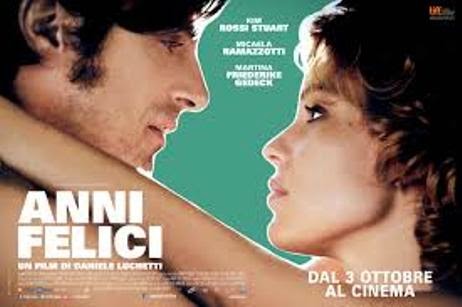 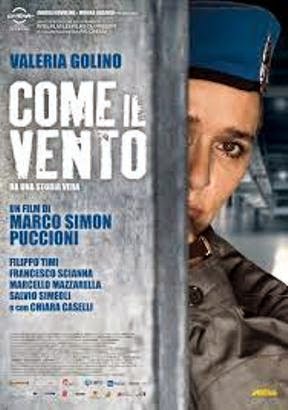 The Italianista is a new and proud supporter of Canada’s very own Italian Contemporary Film Festival! Since the time of the great director, Federico Fellini, Italian films have transcended national theatres to bring the world some of the finest cinematic productions in existence. Critically acclaimed and Oscar nominated films such La Vita E’ Bella, Il Postino and Cinema Paradiso have made waves internationally and have left their mark in movie history. From June 26th - July 6th, 2013 renowned films from Italy will be showcased at various theatres across Toronto and Montreal. Don’t miss your chance to experience the flavour and passion of Italian cinema. To win tickets to Toronto’s ICFF visit the Italianista fan page. For screening dates and tickets visit the ICFF official website 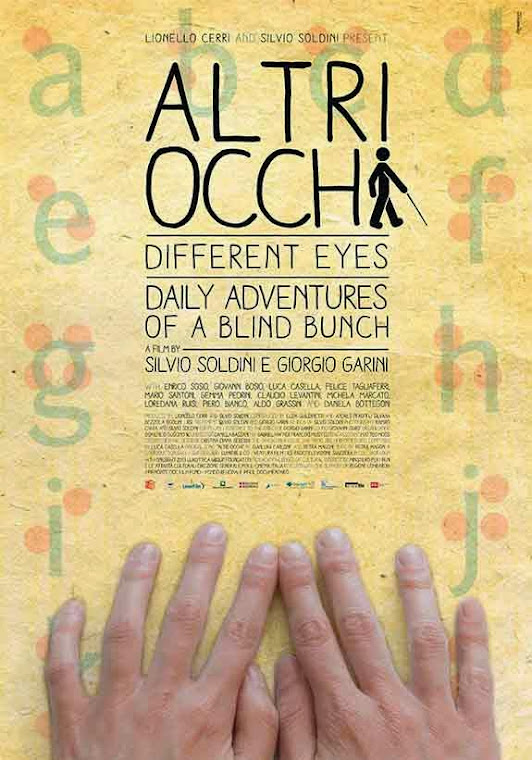 FOR OTHER EYES - PER ALTRI OCCHI
Saturday July 6 - 4:30pm
What does it mean to be blind?To be unable to experience the world as seeing people do. To be unable to easily orient oneself, enjoy a landscape, see the faces of our loved ones, the expressions of those who are communicating with us. What does it mean to live in the dark? Does it lead you to interpret reality differently? Does it change your philosophy of life? 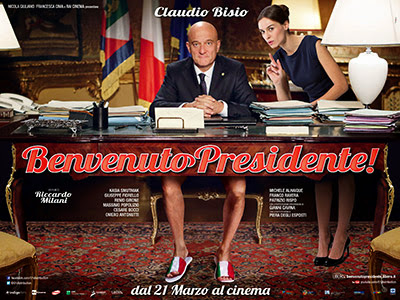 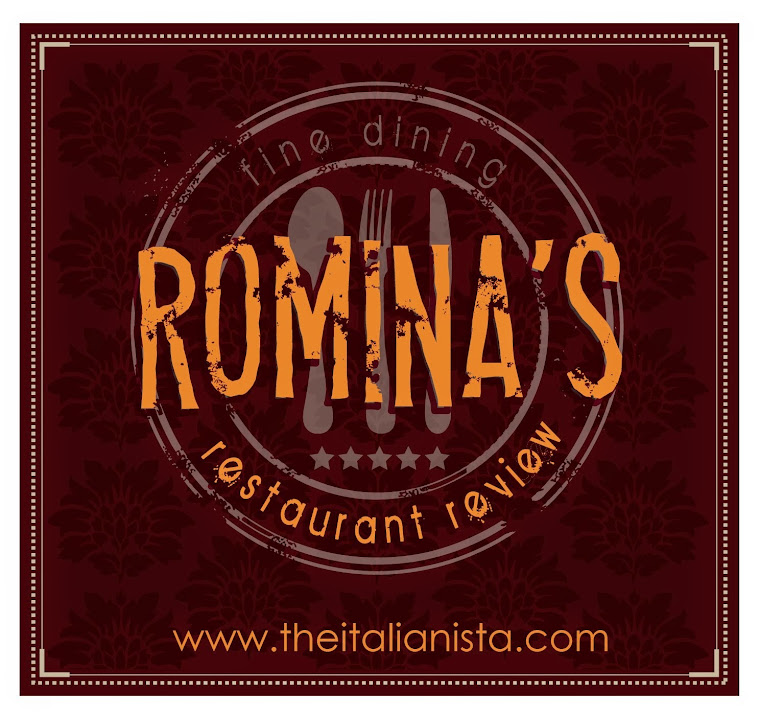 In a small mountain village lives a man with the famous name of Giuseppe Garibaldi, known by everybody as Peppino. He is an optimist who loves fishing, the company of friends and the library where he has a temporary job.

Peppino’s joyful madness, his humanity and his disarming honesty in a time of crisis catch the institutions by surprise and win over the disheartened country. However, on the horizon loom conspiracies, diplomatic incidents and seedy political machinations. July 2nd AMC Interchange Vaughan
Canadian Premiere!
At the end of the 1800s, Alessandro and Pietro live in a small town in the Appennini mountains. The brothers are very different, yet very close, especially after their mother’s death. Her last gifts to them were two marvelous, untamed horses.Once Alessandro becomes an adult, he voices the desire to travel beyond the mountains and go far away, while Pietro wants to become a breeder and live with Veronica, the girl he loves. 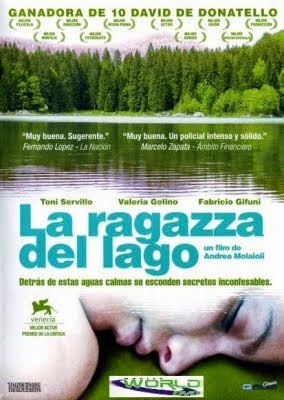 THE GIRL BY THE LAKE - LA RAGAZZA DEL LAGO

The nude corpse of a young girl, Anna, is found on a lake shore. A brilliant detective (Sanzio) questions a number of potential suspects.

Anna’s father (who had videotaped Anna in a bikini), Anna’s combative boyfriend, Anna’s surly stepsister, a womanizing hockey coach and a divorced neighbour. While piecing together the pieces of the puzzle, Sanzio has to contend with a wife riddled by Alzheimer’s and a rebellious teenage daughter who hardly speaks to him.

Based on the novel ‘Don’t look back’ by Karin Fossum and directed by Andrea Molaioli (“The Jewel”) this is a taut, tense thriller set in an idyllic mountainous region of Italy that hides a mundane yet deadly evil. 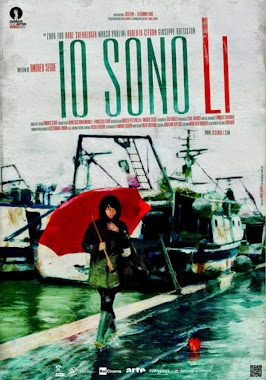 The film tells the story of the friendship between a young Chinese woman and a fisherman of Slavic descent.

The story takes place on an island in the Venetian lagoon which is going through a period of economic and social turmoil. Shun Li moves to the small town of Chioggia, where she works as a bartender in a tavern. Here she meets Bepi, also called “the Poet.”

Shun Li and the Poet represent two worlds in crisis: one is the world of a woman who abandoned her roots to find fortune abroad, the other world is a man who feels that his roots have been transformed by economic growth.

These two worlds sense each other and realize that they have the same dilemma. They try to save each other, by relying more on poetry than reality; however, this salvation is hampered by the conflict between their communities, the Italian and the Chinese. 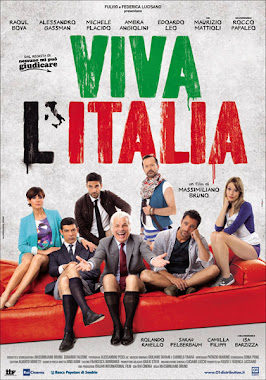 Michele Spagnolo is a strong politician with three children: Riccardo, a respected, socially engaged doctor, Susanna, a talentless TV fiction actress, and Valerio, a layabvout whose career has been helped by his father.

After a night spent with a “promising” showgirl, Michele has a seizure, survives, but not without consequences.

The apoplexy struck the part of the brain that controls inhibitions and now Michele says anything that comes into his head and does whatever he wants without the slightest appreciation for the gravity of his actions. 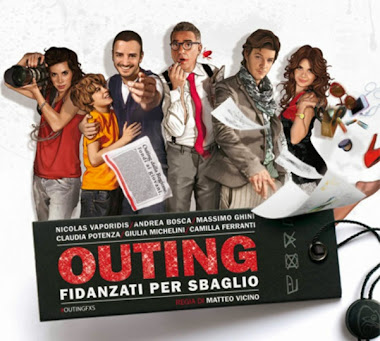 Federico and Riccardo are friends from Puglia who are extremely different but connected by a brotherly relationship rooted in their infancy.

Federico is a suburban playboy on the loose who lives in Puglia, while Riccardo is a talented fashion designer who lives in Milan and works at a dead-end job. Once they find out about the possibility of obtaining a grant from the region of Puglia in support of entrepreneurial activities in the fashion field, the two friends decide to attempt taking on this great adventure.

Soon they learn that the grant is given only to common law couples. At that point the only way to forestall ruin is to pretend they are gay and fulfill Riccardo’s dream of opening a fashion house. 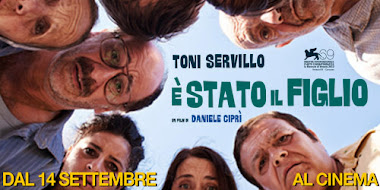 IT WAS THE SON - E' STATO IL FIGLIO

The Ciraulos live very poorly in Palermo, in the Zen neighbourhood. In spite of this, they own a bright new Mercedes, the best car in town, parked right in front of their house, bought with the money they obtained as a refund after the accidental death of their daughter Serenella, victim of a shooting between mafiosi.

Their Mercedes, blessed with holy water, rather than being a symbol of richness, will soon become a sign of misery, a dangerous instrument of ruin and defeat. 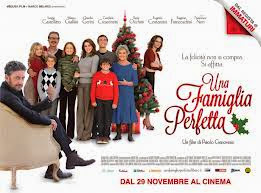 July 1 - AMC Vaughan
July 2 - AMC Vaughan
July 4 - TIFF Lightbox
Leone, 50, is a powerful, rich and mysterious man. Despite his wealth, he feels extremely lonely. For the Christmas holidays he decides to hire an acting company to play the perfect family he has always dreamed of having.
The story travels on two levels: one real and one scripted, as written by the protagonist. Gradually the two levels clash, the script is gradually ignored and the reality becomes part of the fiction; each role is continuously questioned until the final revelation that gives meaning to the whole story.

No posts.
No posts.
Home
Subscribe to: Posts (Atom) 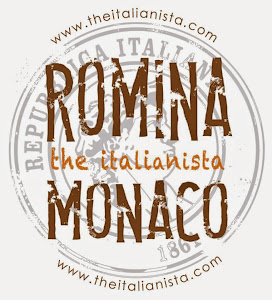 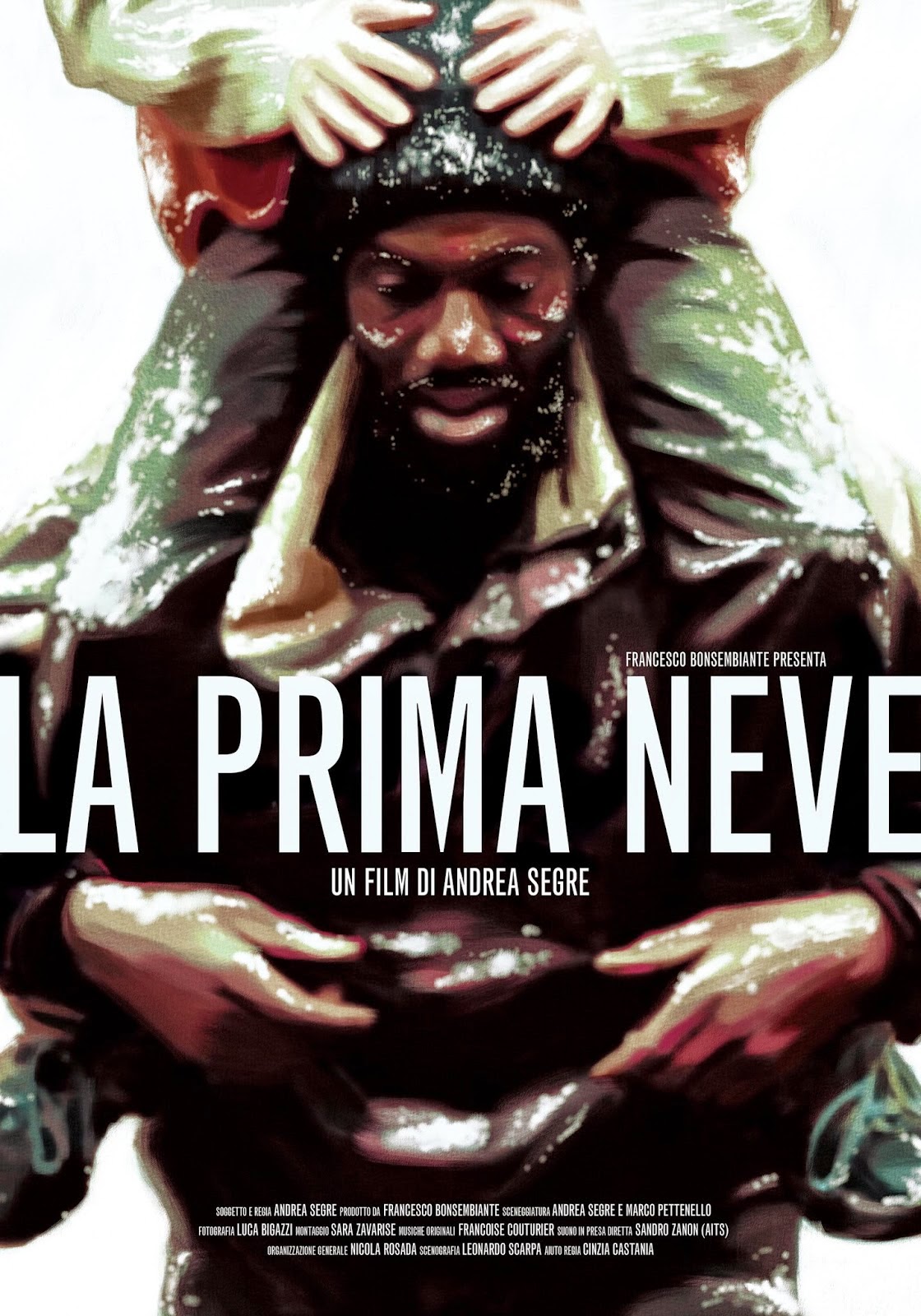 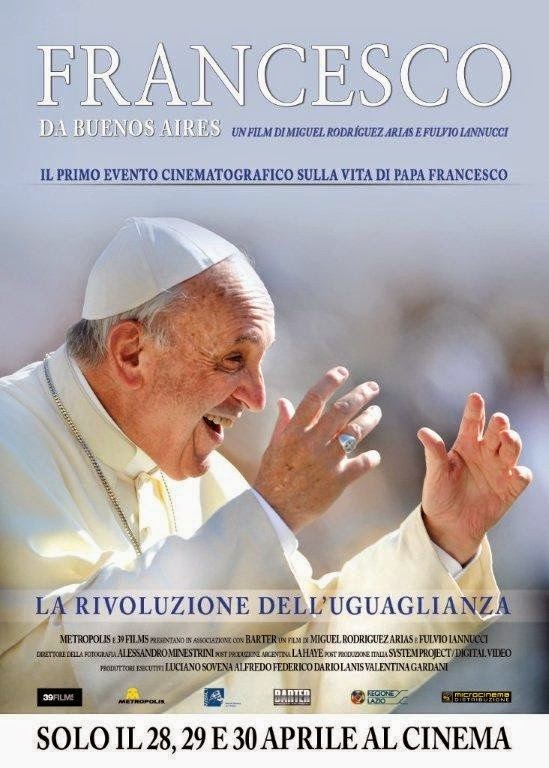 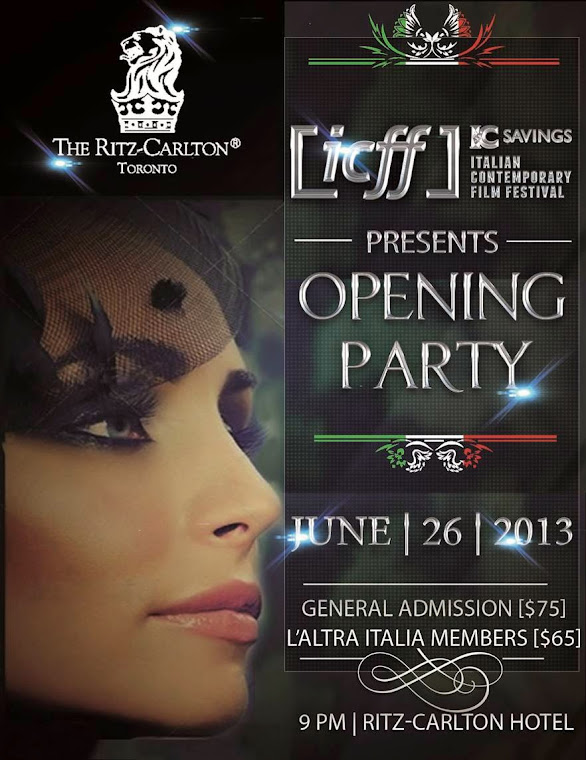 SICILIA – It Was The Son

VENETO – Shun Li And The Poet

FRIULI – The Girl By The Lake 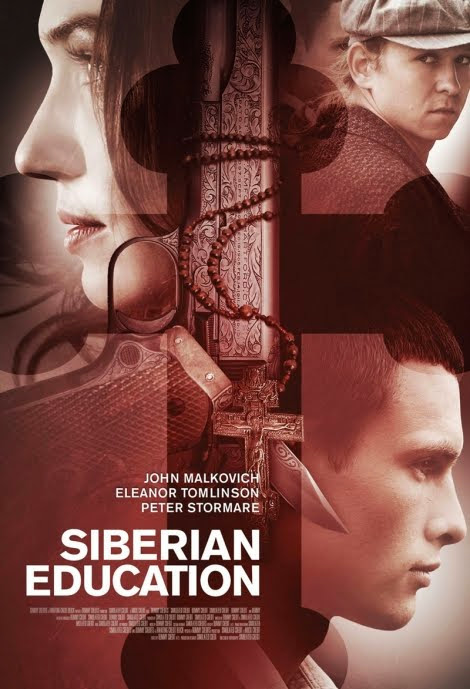 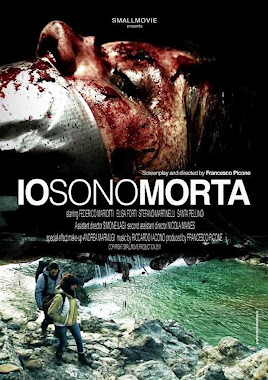 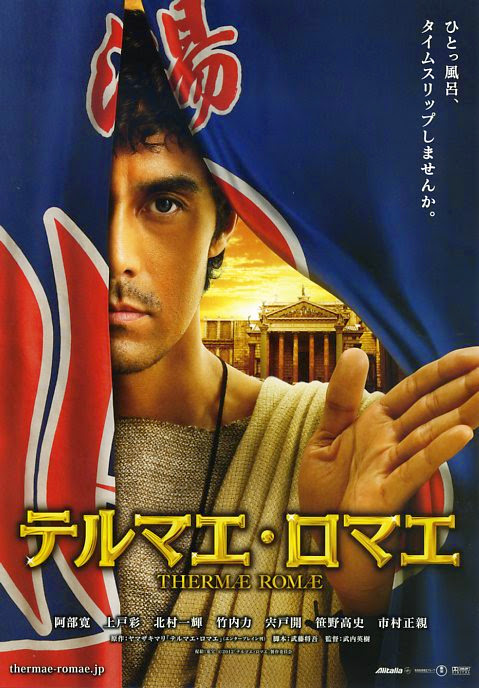 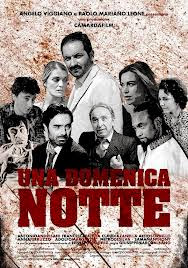 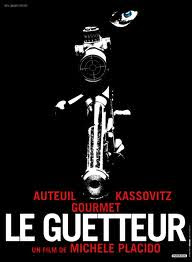